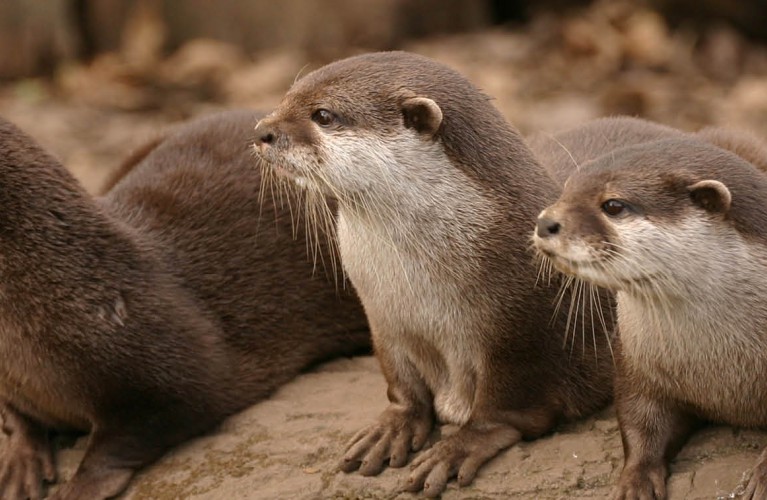 The Oriental Small-Clawed Otter – Aonyx cinerea – is the world’s smallest otter. It lives in mangrove swamps and freshwater wetlands in Bangladesh, southern India, China, Indochina, Peninsular Malaya and the Philippines, often near irrigated rice fields where food is easier to find. This species spends most of its time on land, unlike all the other otters.

Fully-grown otters are about 98 cm long from head to tail, with a weight from 2.7 to 5.4 kg. They eat fishes, frogs, crabs, shrimps and shellfish. Their thick fur has 1000 hairs per square millimetre, protecting them against water and trapping air bubbles that insulate them from the cold. The eyes are located towards the front of the head, and the ears are small and rounded, with a valve-like structure that allows them to be closed during their brief dives. The muzzle has whiskers that are sensitive to touch and underwater vibrations, playing an important role in detecting the movements of prey.

These oriental small-clawed otters are distinguished above all by their front paws, which they use to feed on molluscs, crabs and other small aquatic creatures.

Oriental small-clawed otters live in extended family groups, with only the dominant alpha couple breeding, and offspring from previous years helping to rear the young.

Habitat degradation, pollution and hunting have led the oriental small-clawed otter to be considered a vulnerable species by the IUCN Red List of Threatened Species. 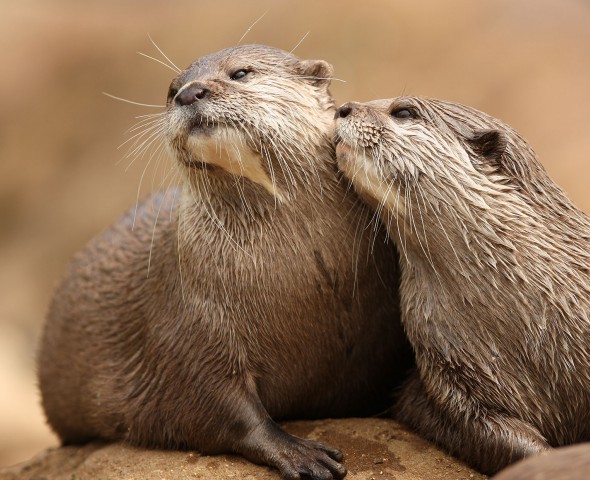 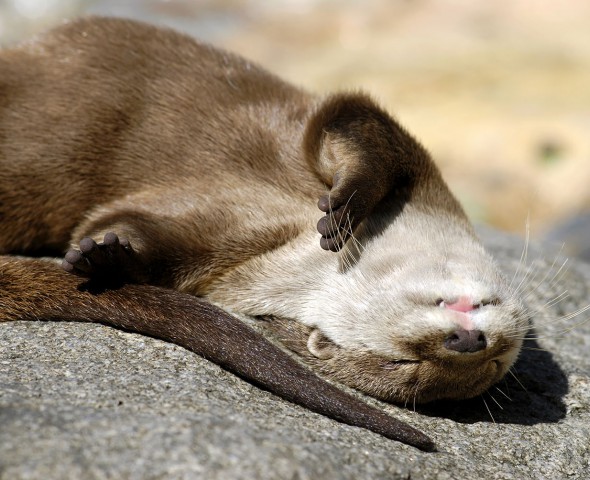 Cuvier’s Dwarf Caiman – Paleosuchus palpebrosus – is perhaps the world’s smallest crocodile species. Adult exemplars rarely exceed the length of 1.5 metres, with a maximum weight of about 15 kg. Females are usually smaller and have a lower weight.

The Dwarf Caiman is a reptile of the Alligatoridae family. Its colour can vary from brown to black, with variations in shade and black bands. Younger animals are generally more distinctly and brightly coloured, becoming darker as they grow older, until they are almost totally black. In this species, the iris of the eye is brown in colour, and not green.
The body of the dwarf caiman is covered with bony plates, and the mouth has about 80 teeth, with very powerful jaws.

Female dwarf caimans lay about 15 eggs at a time during the rainy season on special mounds built from mud and vegetation, with the incubation lasting from 90 to 92 days. The distribution area of the dwarf caiman is in South America, where it prefers flooded forests and stagnant pools.
A total population in the wild of around one million of these caimans has been estimated, and for this reason it was listed as a protected CITES species in 1973. 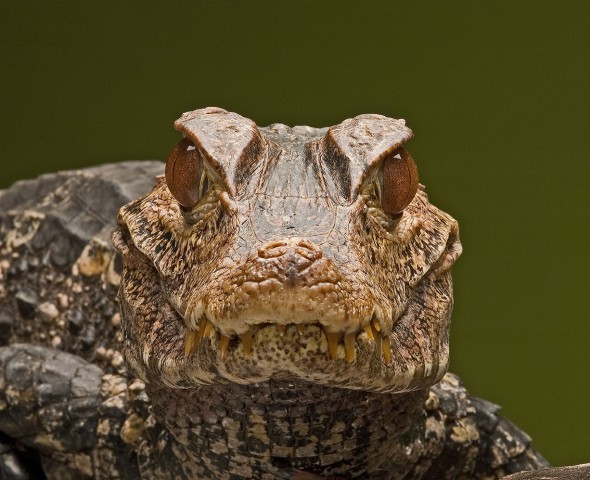 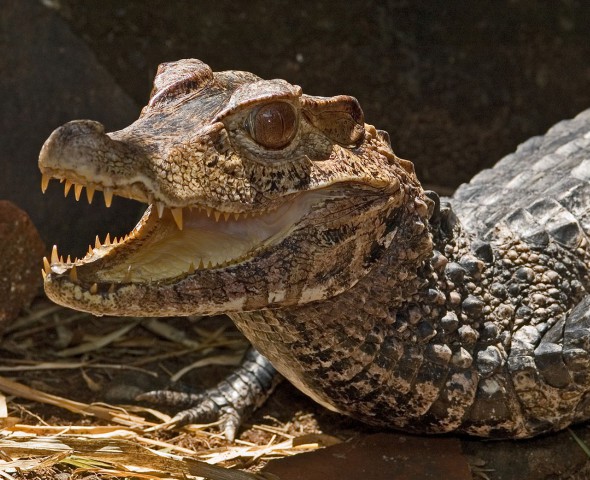 prev
Blue Entrance
next
Green Entrance
Buy now
and save with tickets online!