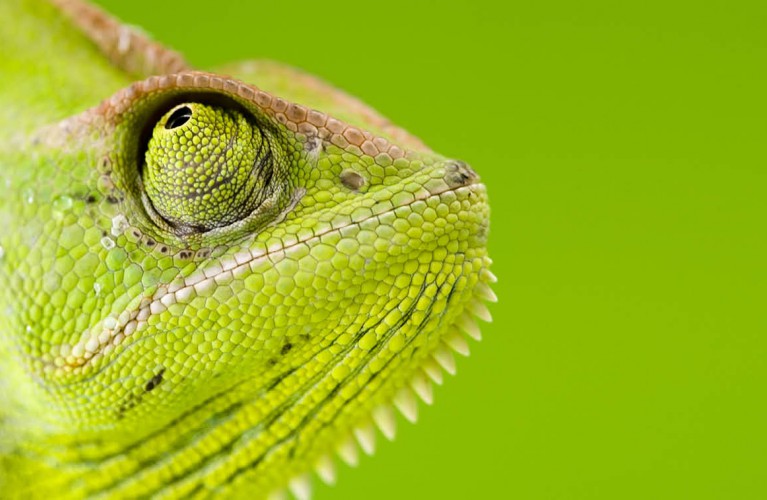 The suborder of Ophidia or Serpentes comprises snakes of almost 3000 different species, varying in size from only a few centimetres to gigantic constrictors.
Snakes have evolved specialized systems for movement, methods to detect stimuli in the environment around them, and different ways of delivering venom to victims. Snake always live in close contact with the ground, leaving it only when they enter the water to swim.
This position allows them to perceive the sound vibrations and follow the scent trail of their prey and of sexually active females. The type of life lived by a snake can be deduced from the shape of its body. They have various methods of reproduction, and although most snakes are oviparous, many species, younger in evolutionary terms, are viviparous, and in some cases care for their offspring.
Some of the most surprising adaptations that have evolved are the mechanisms for capturing, killing and ingesting prey. The chemical receptors present on the roof of the oral cavity allow snakes to identify mating partners, enemies and prey.
The infrared receptors of the Crotalinae, the Boidae and the Pythonidae allow prey to be detected by the heat emitted. 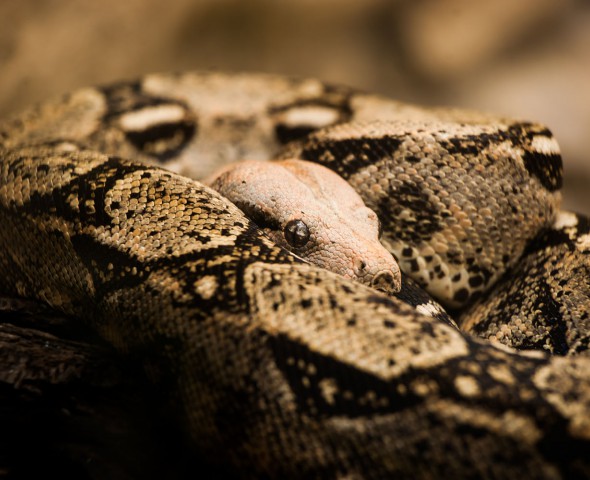 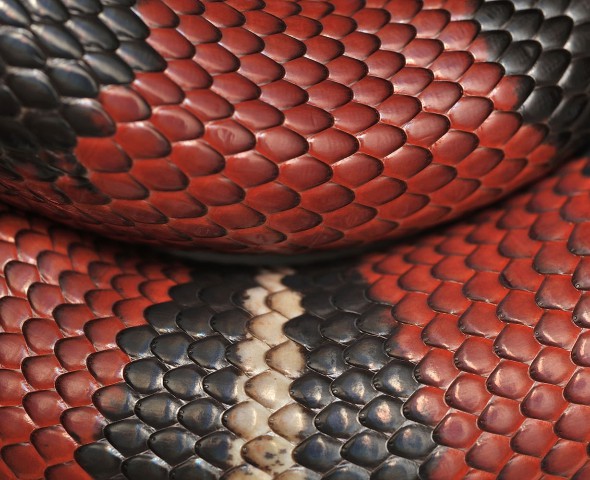 The word “amphibian” is derived from the Greek term AMPHIBIOS, which means “both kinds of life”, and it refers to the reproductive cycle of these vertebrates, which in most cases have an aquatic larval stage and an adult stage on land. They first appeared on the Earth about 360 million years ago, descending directly from lobe-finned fish, and they were the first cold-blooded vertebrates, with a smooth, moist skin and without claws. The humidity of this kind of skin is maintained by glands that secrete mucus. The skin serves not only to protect the body but also for respiration, to maintain the hydration equilibrium and to be permeable, which varies according to the activity cycles of the animal. When it is distant from water, the skin is very permeable and absorbs water; when instead in it immersed in water, the permeability is lower. Many species also have glands that secrete antibiotic substances, toxic poisons and fluids with an unpleasant taste, to defend against predators. From the evolutionary viewpoint, amphibians have adapted in several different ways to life on land, including the tongue, to catch and humidify prey, eyelids to protect the cornea and keep it moist, an external epidermal layer of dead cells that is shed periodically, a taste and smell organ called the “Jacobson organ” situated in the nasal cavity, a larynx structure to produce sounds, and a hearing organ. Adult amphibians are carnivorous, but some species are known to feed on fruit. 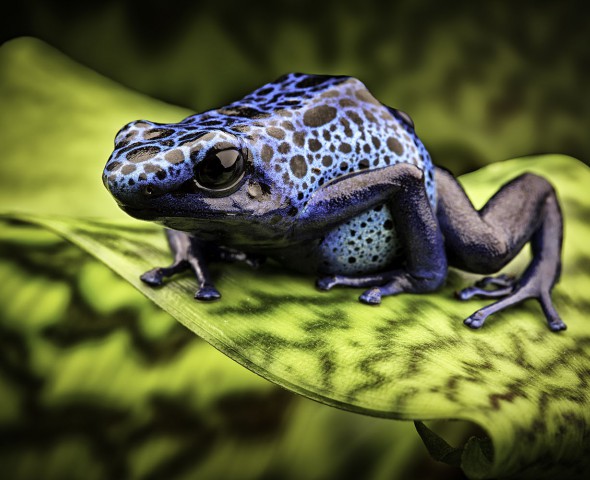 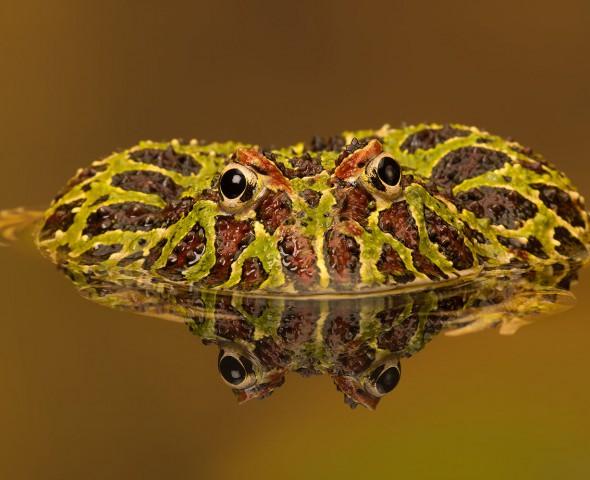 Chameleons are scaly reptiles belonging to the Lacertilia suborder. They are distinguished by several special characteristics, like the capacity to change colour, a long retractile and sticky tongue used to catch insects, and large eyes that can rotate separately. The name “chameleon” comes from Greek, and means “ground lion”. The main morphological features shared by all chameleon species are the structure of the feet, their eyes, the absence of ears, and their tongue. Chameleon feet have two main toes, each of which has two or three claws. The eyes of chameleons are unique in the animal world, being able to rotate and focus independently. Without moving, a chameleon can observe the surrounding environment with a 360° view. When it spots a prey, the chameleon turns both eyes towards it, recovering its stereoscopic vision and therefore the perception of depth. The eyes are covered almost entirely by the eyelids. 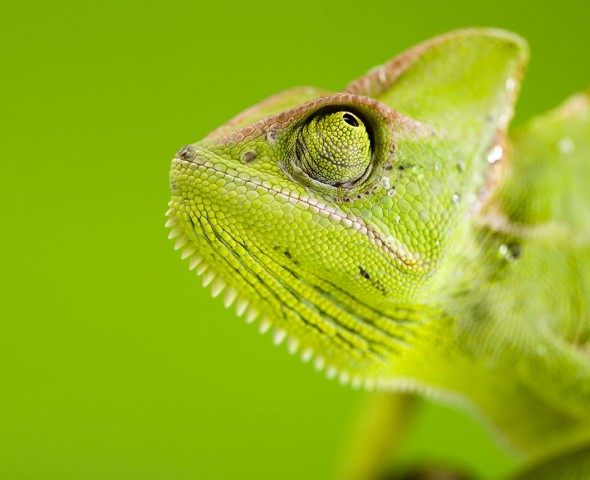 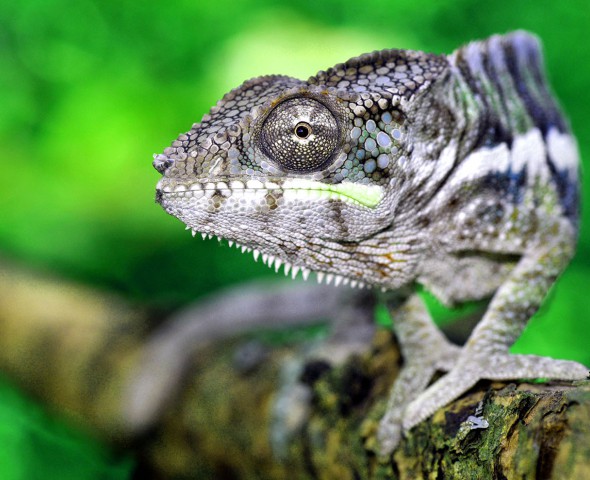 Iguanas are reptiles similar to lizards, but are larger and slower. Adults have a characteristic crest on their back. When living in the wild they can grow as long as 2.5 metres, but in captivity they reach lengths of only 1.5 to 1.8 metres.
Iguanas spend most of their lives in large trees, and climb down to the ground only to lay eggs. When the sun rises, they wake and move off in search of a place with direct exposure to sunlight, where they bask for several hours. Around midday they start to look for food.
Their diet is exclusively herbivorous, but traces of insects have sometimes been found in iguana stomachs, although the most probable explanation is that these have been swallowed accidentally.
After eating they return to a warm place to facilitate their digestion, and remain there for the rest of the day. They hide for the night, hoping not to be disturbed by predators.
Iguanas are native to the New World, inhabiting an area stretching from southern Mexico down to central Brazil, Paraguay and Bolivia, and as far as the Caribbean. 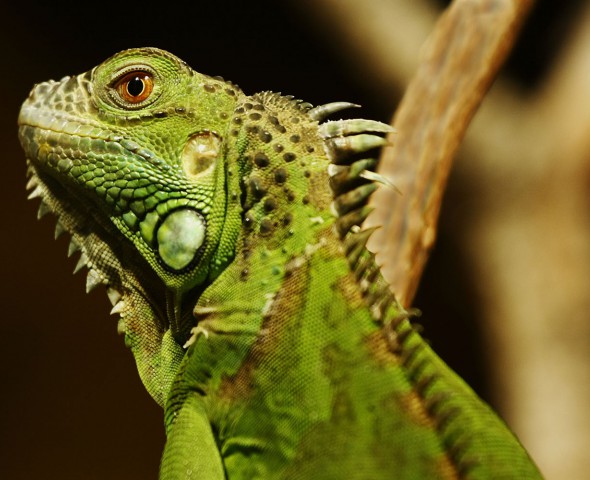 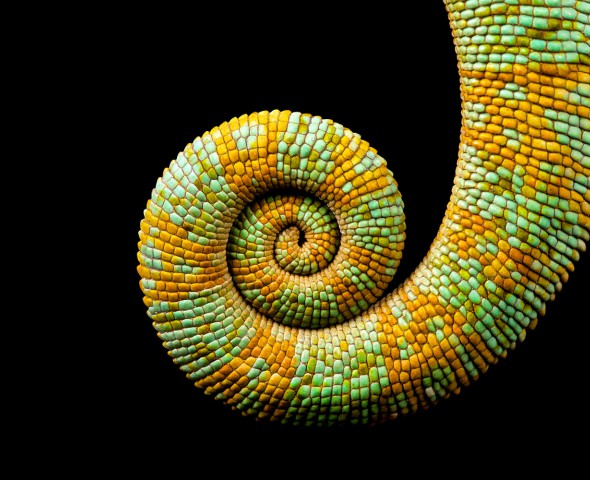 These are a family of small reptiles, related to lizards. In temperate climates, most Geckos are grey or beige in colour, and are so finely speckled that they resemble rubber. Many species can change colour to camouflage themselves or for other reasons, adapting themselves to the surrounding environment. Other species typical of warmer countries can be brightly coloured, particularly those active mainly during the daytime.
Geckos are the only reptiles that can produce sounds, emitting noises that are not hissing sounds when communicating with other geckos. Gecko feet have attracted great attention due to their capacity to adhere to various types of surface, without needing to use surface fluids. These feet enable them, for example, to hold on to a leaf after a fall of 10 cm just by touching it with a single foot.
Most geckos have special pads on their feet that allow them to easily climb up smooth vertical surfaces, or even on ceilings in homes. They feed on insects and sometimes even fruit and nectar. They often hunt near artificial light sources, which are always surrounded by insects, because here they can find abundant prey.
To catch insects, they remain completely motionless, watching their prey, and then attack rapidly after waiting several seconds or even several minutes. Geckos inhabit all the world’s warm zones, and they often live in human homes, especially in regions with warm climates. They are very common in southern Italy, and are harmless for humans. 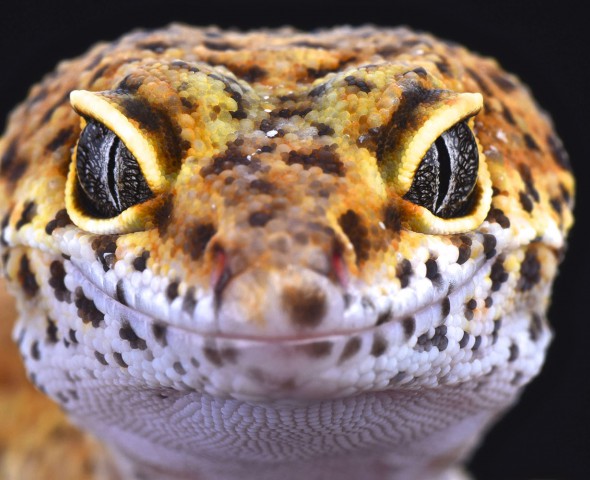 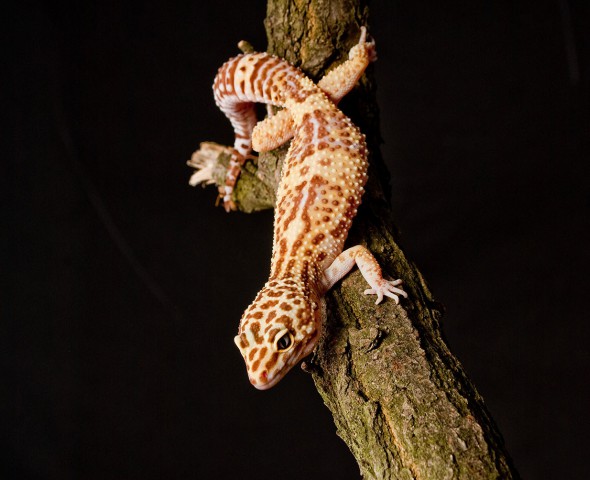 Lizards (Lacertilia) are a suborder of reptiles belonging to the Squamata order. Lizards prefer sunny places, woodlands, scrubland, walls and ruined buildings, and in the southernmost parts of their distribution area, are able to live at altitudes of up to 2000 metres.
They are usually quadrupeds, even with limbs that may be absent or reduced (in the Anguidae) or very small (in the Scincidae), and have external ears without a visible auricle. The tail is usually long, and can even be as long as the main body, and can be detached by the animal to escape predators (snakes, birds and mammals like weasels and cats).
This attribute of several species is called “autotomy”, meaning the capacity to autonomously sever the tail for self-defence in case of danger, to distract predators, although generally the tail later grows back. Some lizards are able to change colour.
Some species are herbivorous or omnivorous, also hunting snails and other small invertebrates. Cases of cannibalism have even been observed, where adults capture the young just after they hatch from the eggs. All lizards have a forked retractile tongue, an elongated body and well-developed limbs situated on the sides of the body.
Lizards are active during the daytime, until sunset, and they are known for their habit of basking in the sun for several hours to regulate their body temperature. With the onset of winter, lizards hide in sheltered holes in the ground or between rocks, and enter a state of hibernation which is however interrupted if the weather becomes warmer. It is not uncommon to see lizards even in January, in the warmest hours of sunny days.
All species are oviparous, except for a single case of viviparity, in which the eggs hatch inside the female’s body. Fecundation occurs internally, with mating following violent combats between males in spring to conquer females. Lizards have highly evolved courtship displays to ensure that gametes are not lost in mating with the wrong species or with unsuitable partners.
The nest is a simple recess in the ground or between rocks, in which the female lays up to ten eggs around May or June, which hatch after two months. 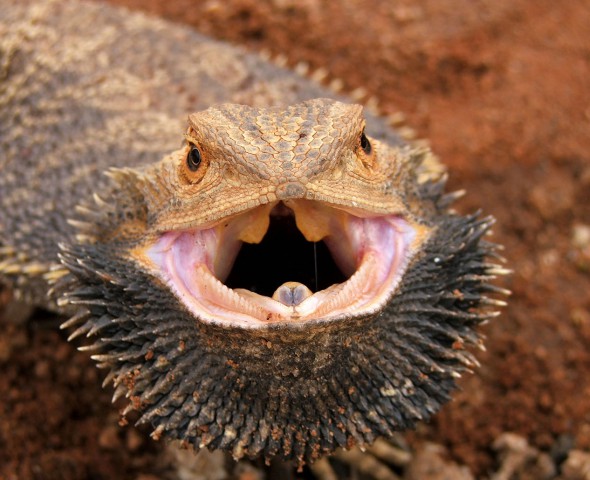 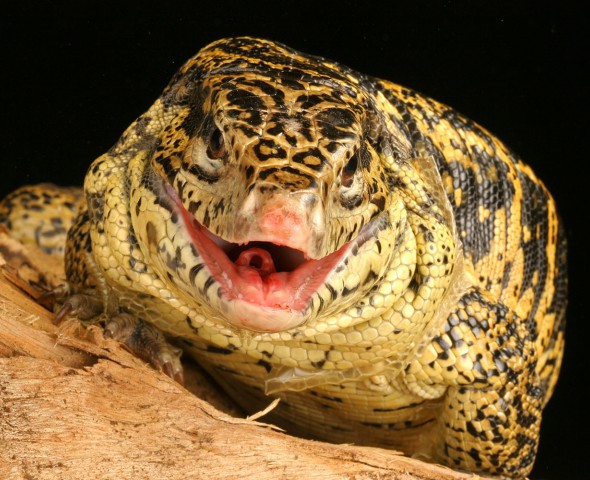 prev
Yellow Entrance
next
Purple entrance
Buy now
and save with tickets online!